What are the operating procedures of the production process of spandex covered yarn?

As the twist increases, the uniformity of the yarn increases. If the twist is too small, the covering fiber is loose. During the spinning process, the fibers will move slightly along the axial direction of the yarn due to friction and other reasons, so the uniformity of the strip will become poor. So, what is the operation process of spandex covered yarn production process?

What is the operation process of spandex covered yarn production process?

1、Substrate positioning: Take a good substrate, requiring no bending and no distortion, and put it on the bed conveyor wheel. According to the width, shape and coating requirements of the substrate, adjust the distance between the two rows of conveyor wheels, adjust the width and height of the straightedge and platform to suit the coating requirements of the substrate, and install guide wheels on both sides to make the substrate parallel to the direction of movement of the conveyor wheels. When adjusting the machine, pay attention to the direction of the wheels, both sides of the wheels should be pressed against each other, and use the wheels according to the product manual.

2. Check the standard of the product to be coated (including width, thickness, length, etc.) And choose the corresponding PVC coating.

4、Select the PVC film corresponding to the order and install it on the film holder. Note the position of the film on the film holder corresponds to the position of the substrate. Then, attach the protective film to the cleaned plastic cassette and mount it on the plastic holder. Pour glue into the plastic cassette and guide the film from the upper film holder to the other end. At the same time, place the 23 pieces of substrate to be processed in place for start-up.

5. Before pouring the glue into the cassette, choose the right glue according to the material of the film, stir it well and do not have any impurities in it. If the residual glue is more than 12h or there are curing particles, it cannot be used. Adjust the required amount of glue water according to the demand of the order. The average amount is 50-100g/m2.

What are the characteristics of spandex covered yarn?

1. Air covering yarn is a kind of yarn in which the covering fiber filament and spandex filament are drawn through a certain type of nozzle at the same time, and a rhythmic network of points is formed by the regular jet pressure of high pressure air. The fabric is soft and smooth to the touch.

2. Mechanical covering yarn is the continuous rotation and winding of covering fiber filaments on the core yarn spandex stretched at constant speed, twisted and twisted. Spreading and stiffening fabric style is its main feature.

3. Empty yarns and machine wrapped yarns have their own advantages and disadvantages when woven in downstream weaving mills. Generally, when winding warp yarn on air jet loom, it needs to be sized, otherwise the fabric is easy to pile up and break the silk, but it can be directly wefted. 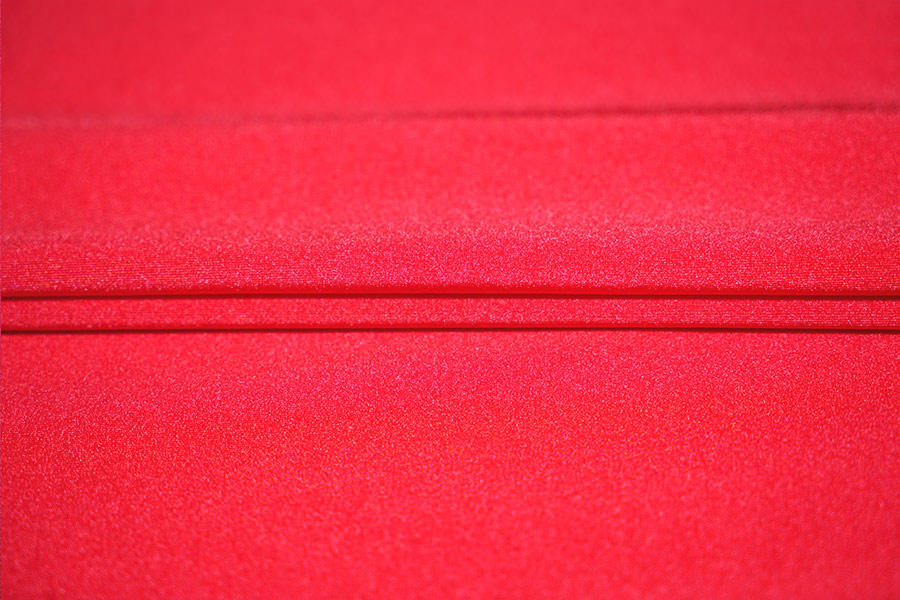